Home / Tips and guide for parents / How Much Screen Time Is Good For My Kid?

How Much Screen Time Is Good For My Kid?

How Much Screen Time Is Good For My Kid? June 21, 2018 kids@helloenglish.com Tips and guide for parents 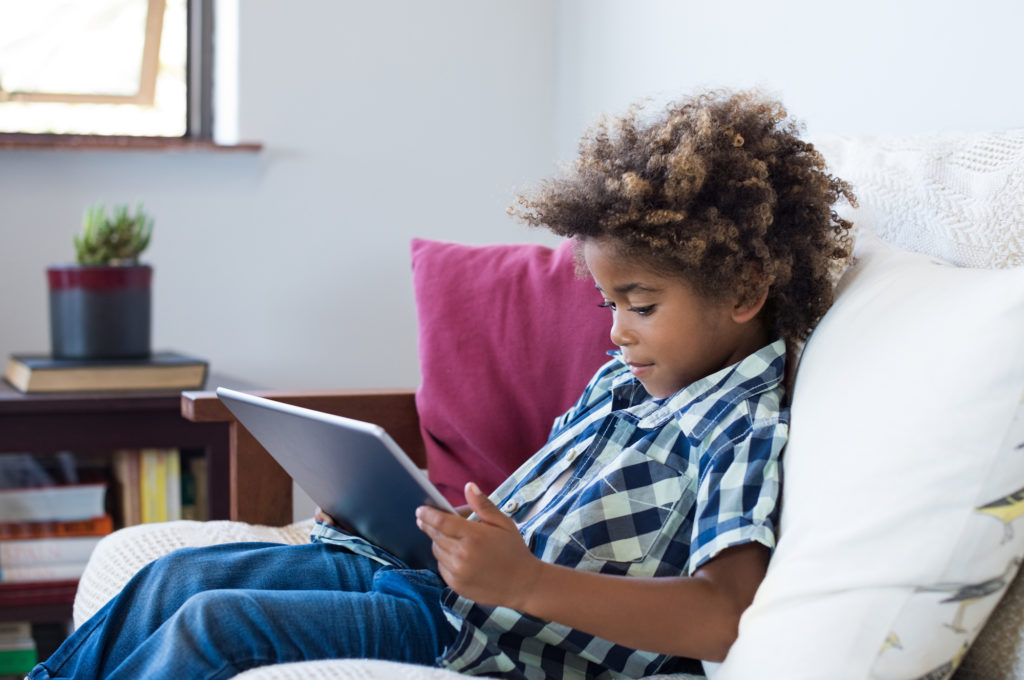 Hello Parent! While you’re likely reading this on your tablet or phone, as a father or mother you’re anxious if you should allow your kid to use these gadgets. Every day, you are coming across content that suggests the negative impact of these gadgets on kids. On the other hand, there are innovators and teachers designing online courses, apps and games for the entertainment and education of kids. Should you as a parent keep your child away from these innovations or should you let your baby become a victim of technology? The idea is ‘balance’. The right balance of time, the age of the child and content relevance!

What counts as screen time?

Any time a child spends looking at an electronic screen is considered screen time. This includes watching videos and television shows, playing video games, and using a computer, phone, or tablet. Access to mobile phones or tablets at home or in the school for learning purpose counts as screen time. However, talking to a relative over video chat would not necessarily be counted as screen time. It would be better to take that as a platform for your kid to learn social skills.

What children learn from screens? 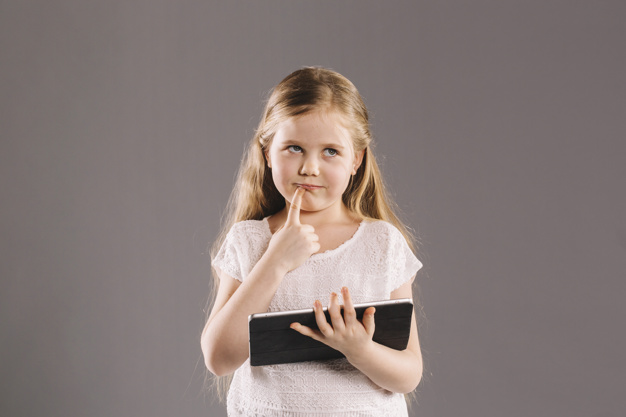 Several studies have been performed to identify and analyse the effects of screen time on kids which show that preschoolers can benefit from educational media.

According to a research on Early television viewing, child-audience viewing informative programs between ages 2 and 3 predicted high subsequent performance on all measures of academic skills comprising reading, math, receptive vocabulary, and school readiness.

Another study on Early Childhood Education reveals that kindergarteners who viewed “Between the Lions” (a Public Broadcasting Service (PBS) show designed to promote reading) scored higher on standardized tests of reading skill than those who did not watch the show.

However, both the studies emphasised on the kind/type of content the kids were being exposed to. Non-informational programs seem to have had no effect and in some cases poor effects on the kids academic level.

What is the appropriate screen time for kids?

As every kid is different in terms of reception and learning capabilities, the degrees of positive and negative effects of screen exposure to kids may also vary. The American Academy of Pediatrics, however, has laid down general guidelines regarding the same.

The AAP’s latest guidelines, released in October 2016, allow for some screen time for children younger than 2 and emphasize parental involvement for all kids. In a nutshell:

How to utilise the screen time wisely?

As of early 2017, Apple had a whopping 80,000 apps in its “educational” app category, and nearly three-fourths of the top sellers targeted preschoolers.  You can try to assess what’s appropriate for your child’s age and stage, but it’s hard to judge what might contribute to real learning. The tricky part, therefore, is sorting the good stuff from the bad.

What if there are games that can help your little one learn while having fun? That would be a wise consumption of screentime. Hello English for Kids is one such platform that does exactly this. With umpteen activities set to build specific skills such as listening, reading, writing and object identification, the App not only opens the world of knowledge to your kid but ensures that every minute spent on it is targeted towards learning than just basic entertainment.

In conclusion, learning through media can be good and entertaining for kids but it is imperative that parents don’t use it as an excuse to get some time off. Parental guidance and the type of content together determine the impact of screen time on kids.

Tagged with are educational apps good?, children learn from screen, do Apps help, How many hours are okay?, Is screen time good, What is screen time?
Next Post
Previous Post